The Baldwin County Trailblazers was formed as a non-profit organization in 1995 to raise funds to build a continuous multi-purpose recreation trail along the eastern shore of Mobile Bay in Baldwin County, Ala. Founder Teko Wiseman’s vision was to connect cities and towns and encourage a pedestrian and bike-friendly community. The initial challenge was to create a public appetite for sidewalks in small communities where none existed and then to connect those communities.

The Trailblazers worked with elected officials,  local media and national trail experts to promote the concept. The cities of Daphne and Fairhope, Alabama Department of Transportation, and Baldwin County Highway Department helped to design, produce and install trails and trail signage and continue to provide maintenance and repairs.

Construction of the Trail began in 1998 in Olde Towne Daphne on Main Street.  A federal grant received in 2013 and matched with local funds ensured completion of the Eastern Shore Trail. Construction of the final 1.5-mile segment, on Scenic Hwy 98 between Co. Rd. 13 and Hwy 181 in the Barnwell area, began in 2015.

In addition to planning and fundraising for the Trail, the organization serves as stewards of the Trail: representing and advocating for it with local leaders, agencies and governments; monitoring maintenance and repair issues; addressing local and visitor questions and concerns; hosting volunteer work days for clean-up and beautification; promoting it as a destination attraction;  and raising awareness of its purpose, benefits, unique features and diverse beauty. 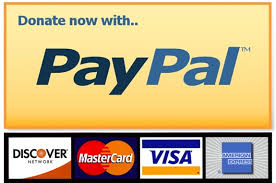